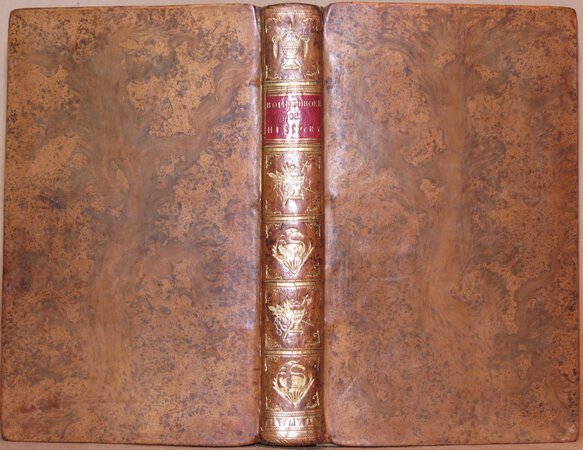 Letters on the Study and Use of History.

Edinburgh: Charles Elliot, 1777. Full calf, 7 1/2 inches tall. A most attractive 18th century tree calf with gilt bands, red label and magnificent gilt centre tools, one in the form of a swan amongst the reeds. Bolingbroke is recognised as a great influence on Voltaire and the early US presidents, John Adams, Thomas Jefferson and James Madison. Also influential in the colonies was his contention on liberty: that one is "free not from the law, but by the law".