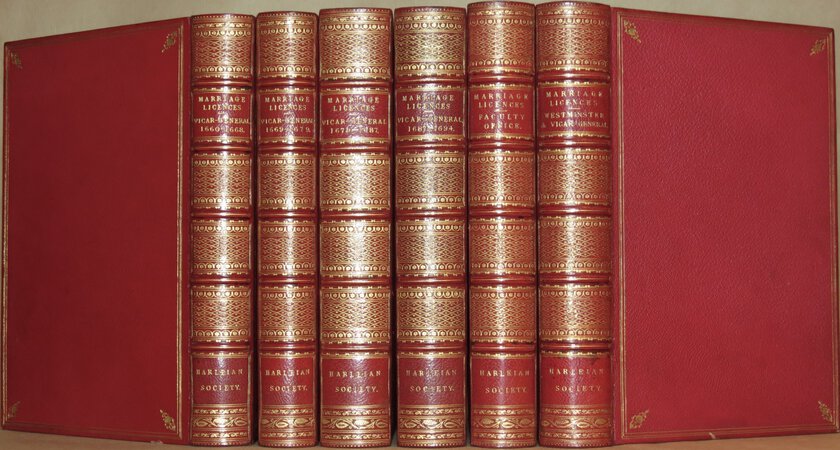 The Publications of the Harleian Society. Allegations for Marriage Licences.

London: The Harleian Society, 1886-1892. 6 volumes, 10.5 inches tall. Magnificent full hard grain morocco by Blunson with gilt raised bands, extra gilt panels, dentelles and all edges. Deluxe bindings presented to the editor by Lord Bute, president of the society, and signed by him. The Harleian Society, founded in 1869, publishes records of the heraldic visitations of the counties of England and Wales, and other unpublished manuscripts relating to genealogy, armory, and heraldry.