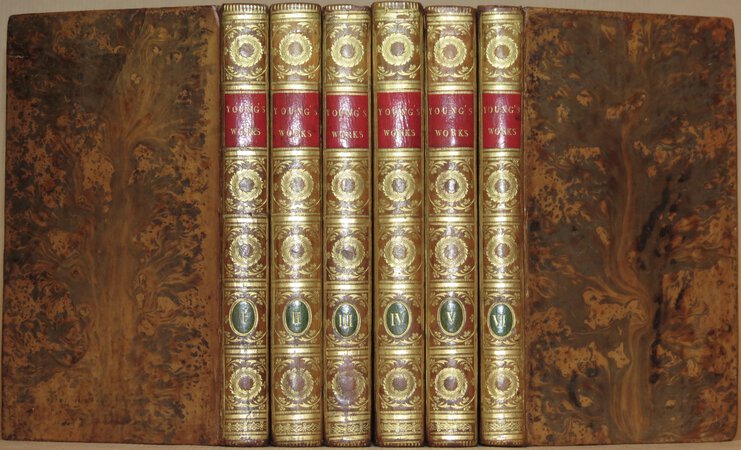 The Works of the Author of the 'Night-Thoughts'.

London: Buckland, Bowyer et al., 1774-1778. 6 volume set, 7 inches tall. An early collected edition of the works of the greatly influential English 18th century poet most famous for 'Night-Thoughts'. Bound in a most attractive Georgian tree calf with gilt bands, twin labels and elaborate gilt tooling in the panels. A little rubbed. With the armorial bookplate of Sir Edmund Antrobus of Antrobus Hall. The first 3 volumes have engraved frontispieces. Originally conceived as a 4 volume set, it was eventually completed in 6. 'Night-Thoughts' was one of the most popular poems of the century and was published across Europe, influencing Goethe and Burke, amongst many others.