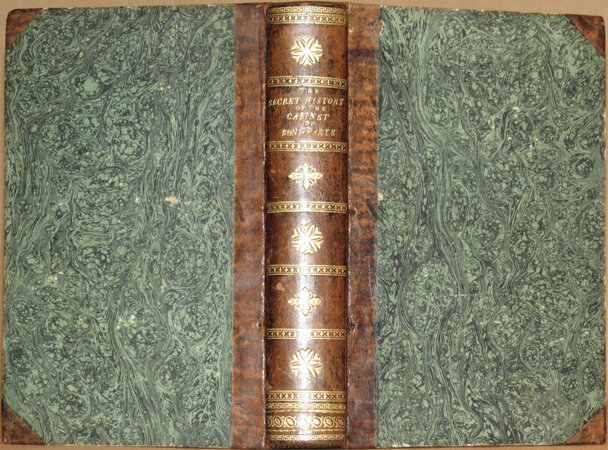 The Secret History of the Cabinet of Bonaparte.

London: Richardson, 1810. Half Calf, 9 inches tall. A splendid Regency half mottled calf with gilt bands, gilt centre tools and titles. From the library of Charles William Vane (formerly Stewart), third Marquess of Londonderry, and with his elaborate bookplate. Vane served with distinction throughout the Peninsula War. His dashing and dandified portrait by Sir Thomas Lawrence is at the National Portrait Gallery. He amassed magnificent libraries in his various Country Houses. A fine copy of the second edition which covers 'His private life, character, domestic administration, and his conduct to foreign powers; together with secret anecdotes of the different courts of Europe and of the French revolution'.