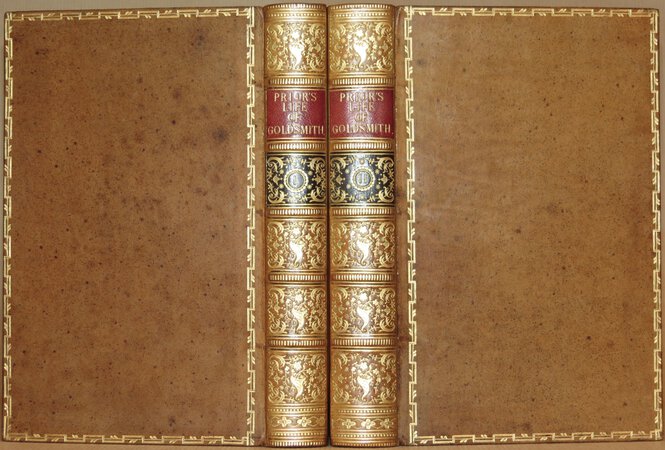 The Life of Oliver Goldsmith.

London: John Murray, 1837. 2 volume set, 8 1/2 inches tall. A beautifully bound set in full speckled calf with gilt raised bands, twin labels and wonderful gilt tooling surrounding a cornucopia to the panels. The boards are framed with a single gilt roll. This is a choice example of the early work of one of the great names in English bookbinding. Robert Riviere began as a bookseller and binder in Bath in 1829, then set up shop as a binder in London in 1840. Nixon notes that Riviere's 'outstanding ability was fully established by 1851, when he was chosen as the binder of the special edition of the Great Exhibition catalogue'. From 1881 the firm became known as Riviere and son. Armorial bookplate of the celebrated collector Edward Nicholas Hurt. As usual with his books this set is in pristine condition.