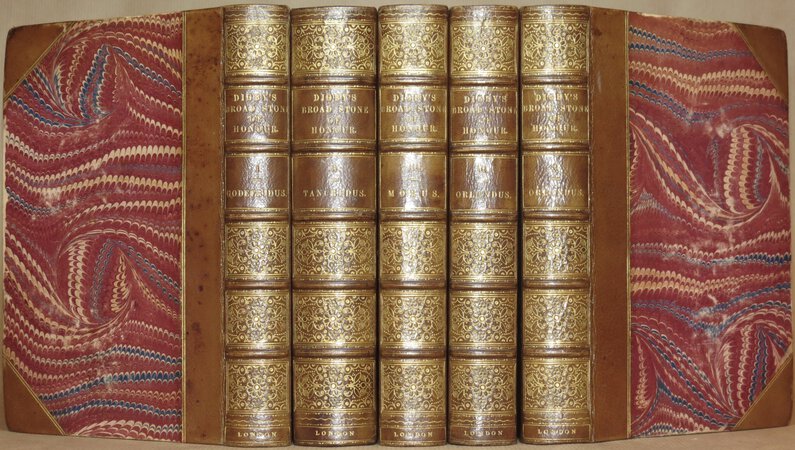 The Broad Stone of Honour: or, The True Sense and Practice of Chivalry. (Comprising: Godefridus: Tancredus; Morus; Orlandus)

London: Bernard Quaritch, 1876-1877. 5 volume set, 9 inches tall. Handsome half morocco with raised bands and extra gilt panels and gilt top edges. Foxing to the preliminaries and some rubbing and marking but solid and good looking. One of 50 large paper copies, of which this is number 20. With engraved frontispiece, title and other vignettes, A.L.s from the author to Professor Sedgwick bound in. This is Adam Sedgwick the great Geologist and lifelong friend of Digby. 'The Broad Stone of Honour' was very influential, in its attack on Utilitarianism, its lack of interest in intellectual ability, and disdain for making money all had serious impact on the Victorian notion of a proper gentleman who was encouraged to base his whole life on the principles of chivalry. This extraordinary work attempts to describe the true meaning of chivalry and to revive it in modern life.