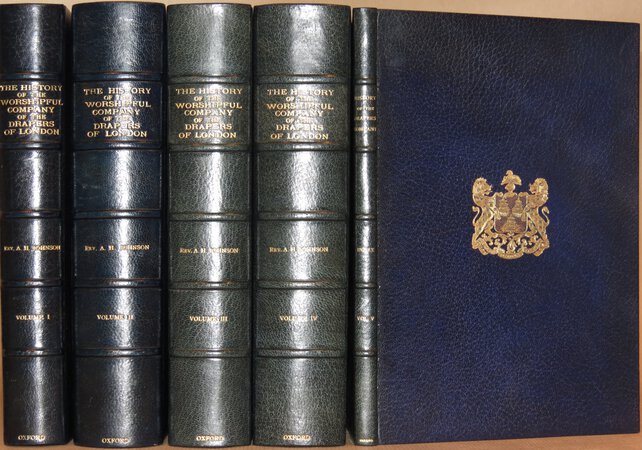 THE HISTORY OF THE WORSHIPFUL COMPANY OF THE DRAPERS OF LONDON: preceded by an Introduction on London and Her Gilds up to the Close of XVth Century

Oxford: The Clarendon Press, 1914. 5 volume set, 10.5 inches tall. A stunning set in full morocco by the 'Oxford Bindery' with raised bands, gilt titles, their coat of arms (the first to be granted in England to a corporate body) on the upper boards, gilt top edges and dentelles. The Drapers Guild or Company is one of the 12 Livery Companies founded during the Middle Ages. Originally a religious fraternity, it was a trade association of wool and cloth merchants. A magnificent set.