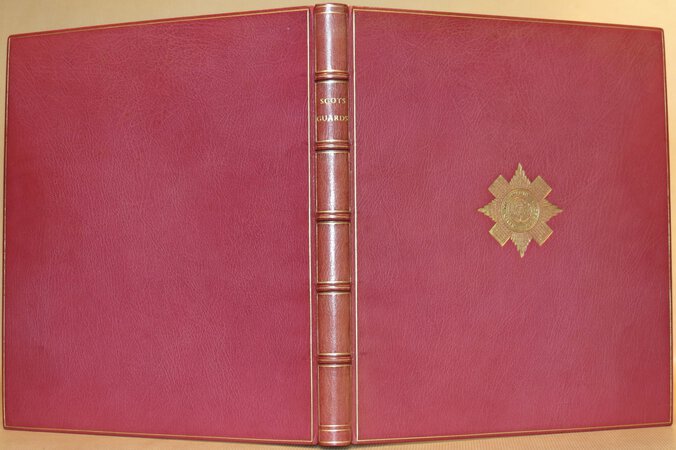 1936. Full morocco, 13 inches by 11.5 inches. A superb binding by Asprey & Co. with gilt raised bands, panels framed with single pallets and the Regimental badge of the Scots Guards on the upper board framed by a single fillet. Wide dentelles and all edges gilt. Containing 10 original watercolours by A.E.Haswell-Miller of selected orders of dress worn by the Regiment since the Duke of Gloucester became their Colonel in 1936. From the library of the Duke of Gloucester at Kensington Palace. Prince Henry Duke of Gloucester was the third son of King George V, brother of King George VI and King Edward VIII. This magnificent and unique volume was presented to the Duke in 1961 on the occasion of his review of the Regiment marking his 25th year as Colonel.