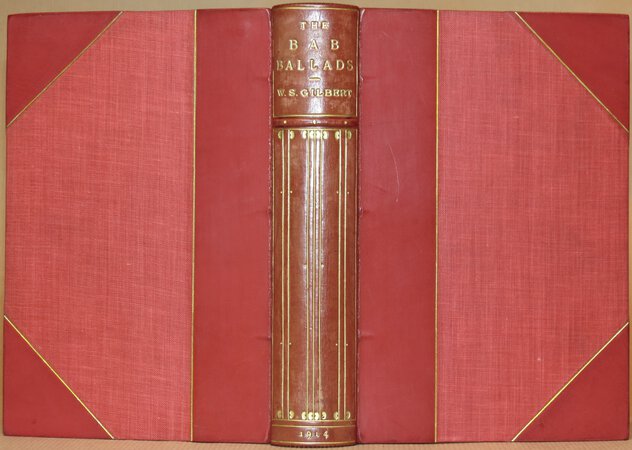 London: Macmillan and Co, 1914. Half calf, 7.5 inches tall. A pleasing binding by Spottiswoode with a single gilt raised band and gilt tooling in the Art Deco style to the spine and gilt top edge. With 350 illustrations by the author. From the Library of The Duke of Gloucester at Kensington Palace, and with his bookplate. An ink inscription reads 'H.R.H. Prince Henry, Honoris causa (For the sake of honour) from E.L.C.' Eton, Easter 1916'. Prince Henry Duke of Gloucester was the third son of King George V, brother of King George VI and King Edward VIII, and the first son of a British monarch to attend school.