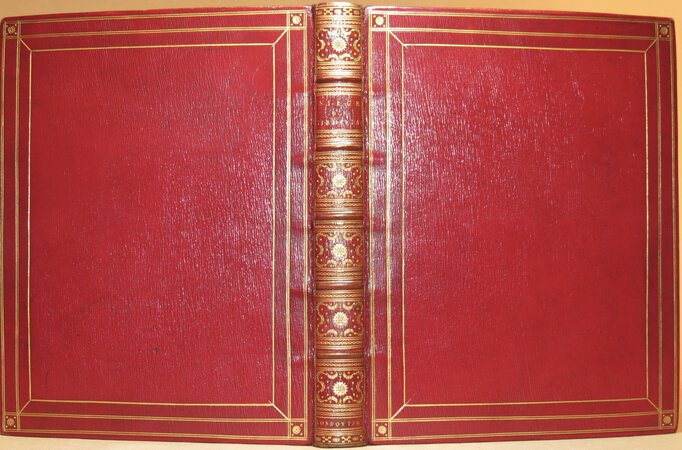 A History of The Late Siege of Gibraltar.

London: Johnson, Egerton and Edwards, 1785. Full morocco, 11.75 inches tall. A magnificent example of the work of perhaps the finest bookbinders of Georgian London, Christian Kalthoeber. With gilt raised bands, very fine and ornate tooling to the panels, dentelles and all edges. With his pink binder's ticket. Embellished with all 10 folding engraved plates. The Siege of Gibraltar was an unsuccessful attempt by Spain and France, during the American War of Independence, to capture this British territory captured from Spain during the War of the Spanish Succession in 1704.