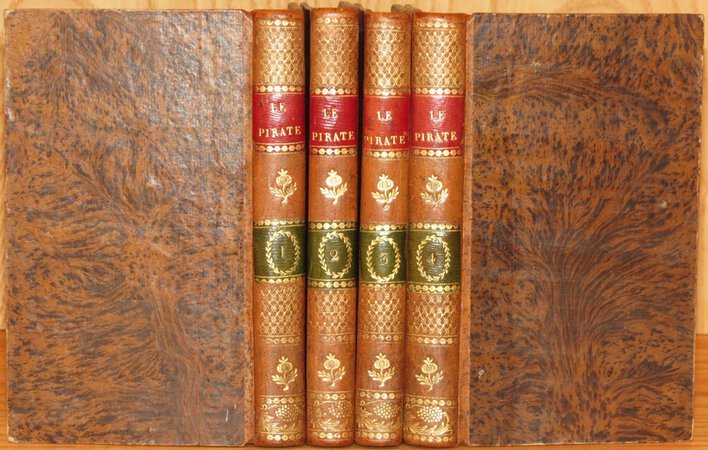 Paris: (Cosson for) Gosselin and Ladvocat, 1822. 4 volume set, 7 inches tall. Quarter calf with gilt bands, twin labels and charming gilt tooling to the panels. With the binders ticket. One of several French editions of The Pirate published in the same year as the first (1822). Dargan notes that our edition (published in December) was preceded by the edition for the collected works (February) and that an unauthorised anonymous translation (Le Pirate, ou les Flibustiers) also appeared in February.