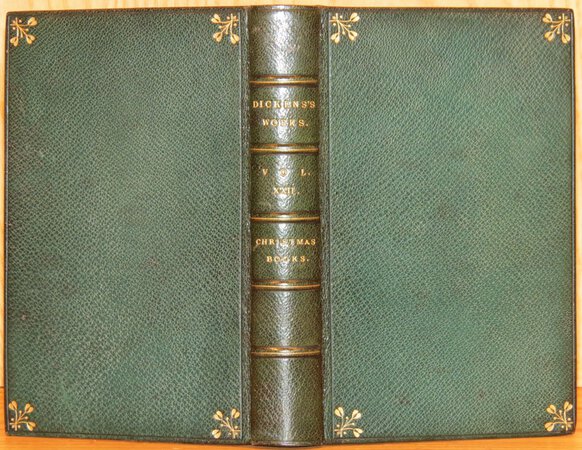 The Works of Charles Dickens. The Library Edition

London: Chapman & Hall, 1866-1867. 26 volume set, 7.5 inches tall. In full morocco, bound by 'MANSELL SUCCESSOR TO HAYDAY', 2 of the greatest names in the pantheon of London bookbinders of the period. With gilt raised bands, gilt titles, dentelles and all edges. Lovely gilt mistletoe devices on the corners of the boards. Full page illustrations, slightly foxed, as usual. Some rubbing.Dickens considered this to be his 'Best Edition' and inscribed it to John Forster, later his great biographer. This edition was published just a few years before his death and doesn't contain the minor and incomplete works published after 1867. A superb set.